The holiday rep came to see us just after breakfast. We wanted to discuss and book a couple of interesting looking excursions and it seemed easiest for her to drop in. We ended up with a coach tour of the island tomorrow, on the basis that if we see something especially interesting we can arrange to go back another day, and a cruise to Parga and Paxos on Sunday.

Continuing our explorations, we decided to go away from the Old Town, heading round the bay to a windmill. We passed a number of tavernas, not always sure whether they were open but empty, or closed for the season. As we reached the windmill, there was a handy taverna where coffee and beer were available. I’ve been trying the local Corfu Beer (that’s the name of the brewery, not just a description). There are four varieties that I’ve discovered so far: Pilsner, IPA, Red and Dark. The handy taverna served Dark, so of course I had to try it, to add to the Pilsner and Red that most bars seem to have. This leaves just the IPA, though I might have had that early in our stay, when I wasn’t paying attention.

A sea wall runs from the windmill into the bay and is a place where you can go swimming for free. Other stretches of beach seem to be owned by hotels and bars, but here locals, mainly elderly, peel off to swimsuits and potter about in the water. If you like pot bellies and speedos, this the place for you. At the end of the sea wall is a thin tower or thick post, depending on how you look at it, with a light on top. On our way back, half way round the bay, I realised that I should have taken photos of the windmill and lighthouse. So this is what they look like from a distance. 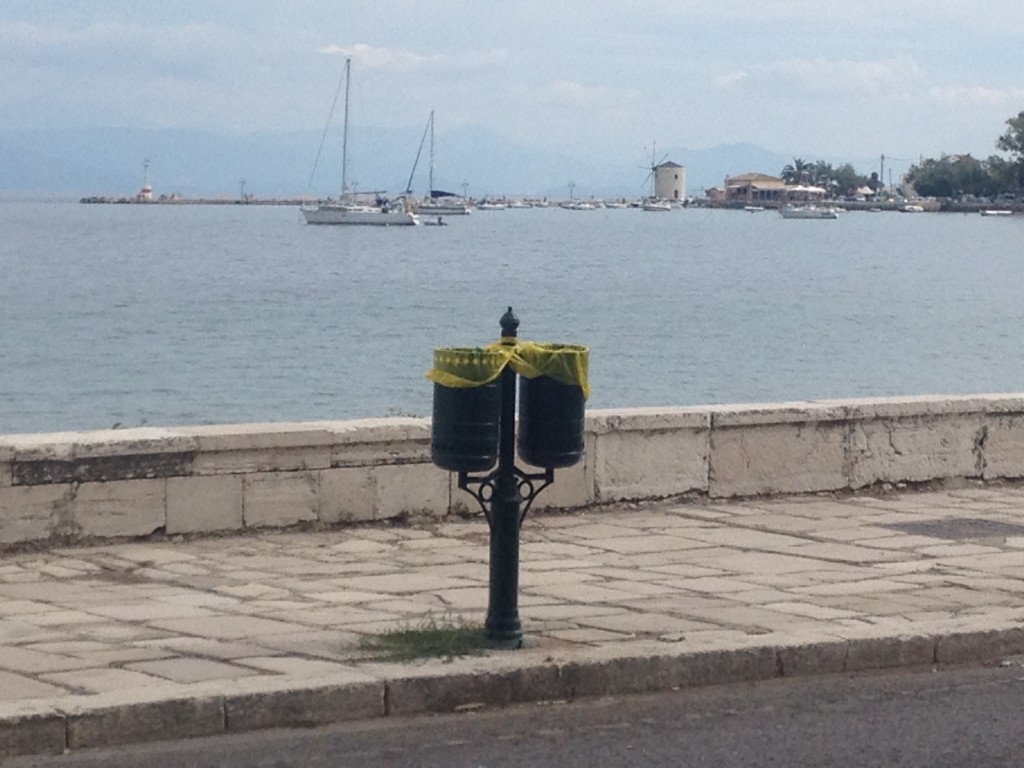 And to prove I can do close ups, here’s a lizard on a wall. 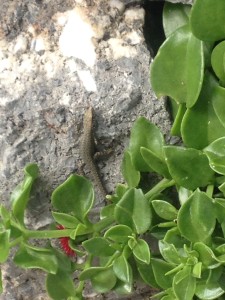 Today’s local culinary speciality was gyros – shredded lamb served with thinly sliced raw onion, tomatoes, flat bread, tzatziki and chips. (Ignore what it says in Wikipedia about gyros being a sandwich.) After yesterday’s excess, we passed on the dessert.